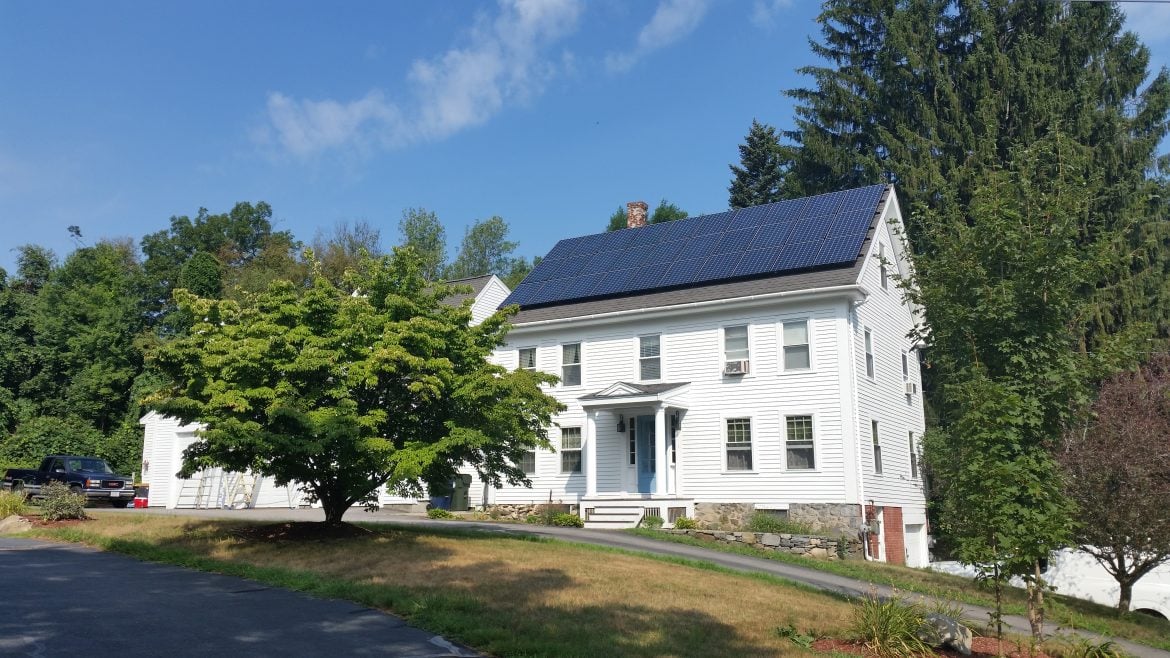 What does it cost to go solar?

We get asked this question every day. And the answer? Well, it depends. “Going solar” means different things to different people. Some peoples’ definition costs a lot more than others’. It’s more than just putting a solar panel on your roof to make solar electricity. Let’s take a look at the most common way to “go solar” and the cost.

Depending on your locations, after incentives, a grid-tied system that is installed by the homeowner may be as little as about $1 a watt, or up to $4 a watt or more if professionally installed. A solar power system with batteries will cost more than simple grid-tied. If you want to see the cost difference between owning your solar system and leasing it, you can read our blog comparing the two options. 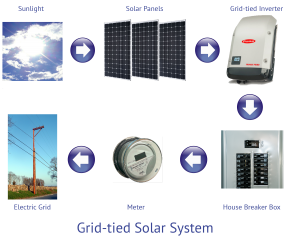 Grid-tied solar simply means that you are still connected to the electric company, and still buying electricity from them at night when the sun is down, or when your solar system isn’t making as much as you are using. But on sunny days, your solar panels will generate some, or all, of the electricity you are currently using during the day. If you make more electricity than you are using, you sell it back to the grid, and they in turn sell it to your neighbors.

This means you can buy a solar system that is big enough to provide you savings on your electric bill, but small enough to fit on your roof or yard, or in your budget. So if you use 1000kWh (kilowatt hour) in a month, but you made 750kWh with your solar panels, you end up only buying a net total of 250kWh from the electric company. That gives you a 75% cost savings on your electric bill.

A grid-tied solar system generally consists of solar panels, racking to mount them on your roof or in the yard, and an inverter to convert the DC power from the panels to the AC power your house needs. The output of the inverter connects to your house’s breaker box, feeding that solar energy into your house or out to the grid, depending on how much energy you are making or using. 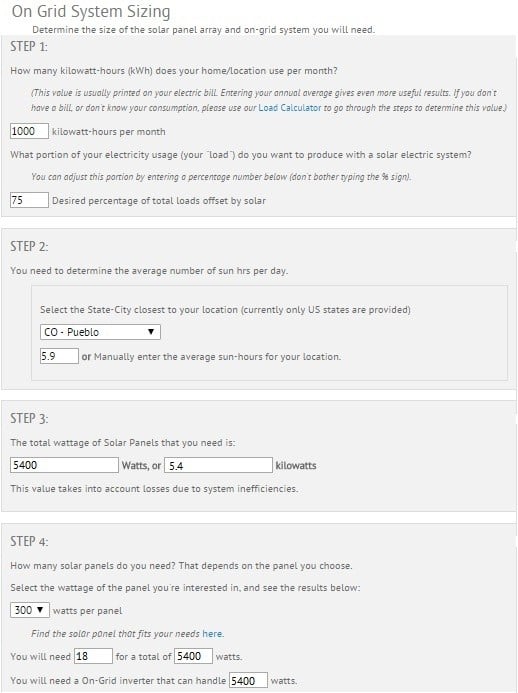 How much solar do I need?

How much power a solar panel can generate depends on your location. The same solar system can make 3x’s more power in Scranton, Pennsylvania than in the Arctic. To get an idea of the size of grid-tied solar you would need for your location, take a look at your electric bill to see how much electricity you currently buy from the grid, and go to our grid-tied calculator. Once you see what size solar system you need, you can take a look at some of our grid-tied solar kits we’ve pre-designed.

In the example to the left, we have a house in Colorado Springs, CO that uses 1000kWh a month, and we want to off-set the electric bill by 75%. Since Colorado Springs wasn’t in the list, we picked the next closest city, Pueblo, CO. It tells us that we need a 5400 watt grid-tied solar system to make 3/4 of our power. Then we’ll just buy the last 25% of electricity we use from the electric company.

This will cut our electric bill, while keeping the solar system small enough to fit on our roof. We only need 18 solar panels to do the job.

If you are a do-it-yourselfer who wants to install the solar system on your house yourself, or with the help of an electrician, you can buy a solar system that is already designed to work together. Since it is tricky to get a one-size-fits-all kit, you may need to customize the system to fit your needs. But these grid-tied solar power systems are a great starting point. Let’s look at the system that fits the needs of the Colorado system we just calculated. We need a 5,400W grid-tied solar system.

This system uses microinverters, where each solar panel has its own small inverter mounted on the rack right behind it. So instead of bringing the DC power from your panels into one inverter by your breaker box, you bring AC power directly to the breaker box from the 18 microinverters. 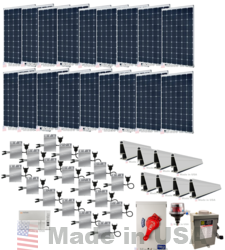 So, what does going solar cost?

If you are not comfortable doing the installation yourself, you’ll want to have the solar system professionally installed. Depending on your location and the equipment used, the going rate is about $3.50 – $4 per watt installed in the US. So that 5,400W system would cost about $19,000. The rebates and tax credits would apply to that cost, so your system could end up at about $19,000 installed, or $2.22 per watt. The payback for that is under 9 years.

To see how your state ranks as a “solar friendly” state compared to others, see Solar Power Rocks’ annual ranking of the best and worst states for home solar power.

Off-grid solar can be more complicated and more expensive than grid-tied solar. Because you are stand-alone, without the grid to provide any additional power you may need, you have to design the system to make all of your electricity. You also need to store it so you can use it when you need it, not just when you make it.

So in addition to the equipment needed for grid-tied solar, you also need a battery bank and a charge controller to manage the power going into the batteries. We’ll cover how much it costs to go off-grid solar in another blog. Meanwhile, you can check out our off-grid calculator to give you an idea of what components you’ll need a solar power system and our off-grid home solar power systems to see some great examples.