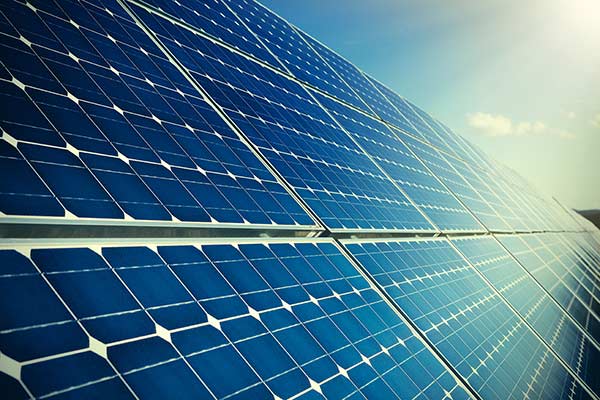 Solar electricity does not have to be complicated. However, becoming a PV system owner does require a basic level of understanding, and this article is a good place to start.

When people think about alternative or renewable energy, the first image that comes to mind is often large blue or black solar panels on rooftops or portable highway signs that have a small panel attached. These solar panels, also known as photovoltaic modules (or PV modules), convert sunlight into electricity, and they have been the backbone of renewable energy for decades. The photovoltaic effect (how sunlight is converted into electrical energy) was discovered over a hundred years ago! Yet widespread implementation of this technology has been very gradual. Only in very recent years has photovoltaics gained wide popularity as an alternative way to produce electricity.

In 1958 the first PV modules were launched into space to power satellites. Even today, solar power is the primary source of energy at the International Space Station. On Earth as well, PV has traditionally been used in areas where there is no practical source of electrical power but there is abundant sunshine. Solar panels are often used for remote applications: like powering cabins, RVs, boats and small electronics when grid service is not available. Today, “grid-tied” or “grid-interactive” solar PV systems are commonly employed by homeowners and businesses as a cost-effective way to incorporate solar electricity into everyday life, taking advantage of available solar energy while still enjoying the safety net of the utility grid.

In very basic terms, a solar panel (PV module) is a device that will produce a flow of electricity under sunlight. This electricity can be used to charge batteries and, with the aid of an inverter, it can power normal household electrical devices, or “loads”. PV modules can also be used in systems without batteries. Most solar panels (properly called “modules”) are framed in aluminum, topped with tempered glass, and sealed by a waterproof backing. Sandwiched between the glass and backing layers are the photo-reactive cells themselves, often made of silicon. On the back of the module is a junction box that may or may not have two cables coming out of it. If the junction box has no cables, it can be opened to access the electrical terminals where wires can be attached to conduct the generated electricity away from the module. If there are cables already in place, the junction box is usually sealed and not user-accessible. Sealed junction boxes are more common. 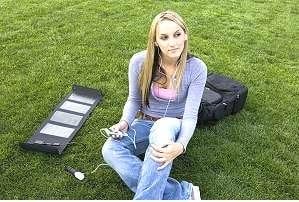 There are lots of ways to make use of solar electricity. One of the simplest is to charge small electronic devices, like cell phones and music players, with lightweight, portable PV modules. Solar panels can be used individually or wired together to form a solar array. For larger electrical loads, there are two main types of systems for providing electrical power to homes, cabins and offices, etc.: stand-alone battery based systems (also called “off-grid” systems) and grid-tied systems (also known as “grid-interactive” or “utility-interactive”). You’ll want to decide which system is best for your needs by reading more about both.

There are several technologies used to make solar cells – the building blocks of panels:

In order to use solar electricity to run normal household devices, you’ll need a solar inverter, which converts DC to AC. A small system to charge batteries or power small electrical devices (like cell phones and personal music players) doesn’t require an inverter, but be sure to use the correct adapters and, if needed, voltage converters or limiters.

A basic primer on electricity will help make all of this clear:

So now, let’s look at these values in terms of energy and power.

One of the best examples is your an old incandescent light bulb. If it is rated at 60 Watts and you leave the light on for one hour, you are using 60 Watt-hours of energy.  So consumption can be measured in this formula:

In the car analogy, the odometer counts the quantity of miles traveled. Your electric utility bill shows the number of kilowatt-hours (kWh, or 1,000 Watt-hours) you use per month. So how does the wattage rating of a solar panel affect the amount of energy the panel produces? Simple – with all else being constant, a higher-wattage solar panel will produce more energy over time than a lower-wattage panel. A 100-Watt solar panel will produce twice as much energy as a 50-Watt solar panel at the same location during the same period of time. It’s worth mentioning also that solar modules’ wattage output rating is based on what the modules produce under laboratory-controlled conditions, called Standard Test Conditions (STC). STC allows solar panels to be compared to each other using the same metric. However, because these rated wattages represent ideal laboratory conditions, it’s likely that the module will produce lower wattage in actual use.

PV modules also have and ratings. The rated wattage of a panel is equal to its operating voltage multiplied by its operating current: Watts = Voltage x Amps . The amount of energy in Watt-hours that a panel will produce is a product of the wattage of the panel and the number of hours of full-intensity sunlight, or insolation, that it receives.

For example, a solar panel that outputs 100 Watts for two hours will produce 200 Watt-hours of energy. The actual number of Watt-hours a panel produces will very likely be less than this theoretical value due to many factors that affect the efficiencies of the system components. There are standard factors used to correct for real-world energy losses, but our present focus is the basic electrical principles. Keep in mind that insolation values are also tied to STC and are based on location. Check out these insolation maps for more:

Panels also have two different current ratings: (Imp) and (Isc) , both listed in Amps. The maximum power current is similar to Vmp: it’s the maximum current available when the panel is operating at peak efficiency in a circuit. Similar to Voc, the short circuit current is the current measurement your meter would show when in contact with the positive and negative terminals of the panel while not connected to a system or load.

All these electrical characteristics are used to help determine the size of the PV system and components. These specifications can be found on the label on each solar module as well as on manufacturers’ specification sheets.

There are two main types of connectors on the backs of PV modules. Solar panels rated at less than 100 Watts, or modules manufactured more than ten years ago, often have openable junction boxes. You can connect wires to the positive and negative terminals of the panel by passing them through knock-out holes in the sides of the junction box. The other type of connector consists of a sealed junction box with wire leads, usually two to three feet in length. 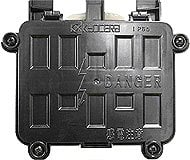 In a small number of cases the wires have bare ends, but the majority of modules made today have MC or Multi-Contact brand connectors at the ends of their wires. MC connectors come in several styles, the two most common of which are often called MC4 and H4. 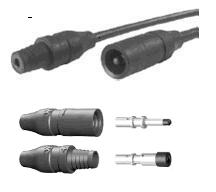 Location and Orientation of the Solar Array

Location of the PV panels is critical to their energy output. A solar panel installed in Florida will produce more energy over the course of a year than an identical panel installed in North Dakota. Places closer to the equator will get more sunlight (also referred to as irradiance) throughout the year than places further north or south. The more irradiance striking a PV panel, the more electrical energy it will produce.

Another factor that will affect the electrical output of your array is the directional orientation of the modules. When choosing a location for your garden, you know that a southern exposure will increase yield. So with solar panels: they perform best when facing due south to get maximum exposure as the sun travels from East to West.

Solar Panel Shading – Don’t Let it Happen to You!

One of the biggest environmental factors affecting solar electricity production is shading. PV modules are very sensitive to shade. For example, if shaded by as much as a leafless tree branch, a PV module could lose up to 80% of its output. When selecting a site for your installation, choose one with the least possible shade during the hours between 9 AM and 3 PM.

Consider things that may possibly shade the array during different times of the year as the sun travels higher or lower in the sky. A location that, in June, doesn’t get any shading, may be shaded for a significant part of the day in December. A Solar Pathfinder is a useful tool for determining the optimal location for solar production. Plan on your PV panels producing power for more than 20 years. Young trees might not be an issue today, but as they grow they may become a source of shade.

PV modules are only one of the components of a solar power system. Check out some of our other articles to find out more about the other components you’ll need for your system. Remember that electricity is dangerous and can be lethal. Review the National Electric Code Section 690 for information on installing a code-compliant system, and make sure to contact your local electrical inspector prior to the installation.