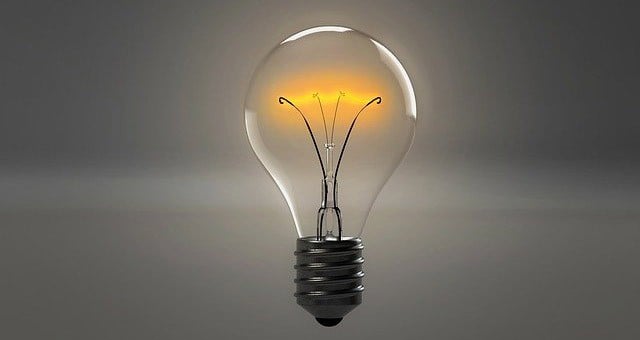 Understanding the basics of electricity is an important building block for any work with PV.

Prefer learning with videos? Much of this information is covered in our two-part Electricity Basics for Solar: Energy Rates & Quantities video series.

In this analogy, if you wish to have increased flow through the pipeline, you will need either a bigger pipe or you will have to push the water (or electricity) through at a more rapid rate. To push the water through a pipeline at high speeds requires high pressure. Pressure in water is measured in psi (pounds per square inch). You can imagine water under high pressure squirting out very rapidly from a nozzle, such as a fire hose, with enough speed and force (power) to carry it to great heights or to knock someone off their feet if they get in the way. Similarly, the “pressure” of electrons flowing is called voltage and is measured in volts (V). Generally speaking, the higher the voltage of an electrical current, the more force behind it.

Amperage is Like Volume of Water Flowing Through a Pipe

The amount of flow at a given pressure is determined by the size of the cross-section of the pipe. If you were to open a water hose twice as big as another with the water in both at the same pressure, you will get twice as much water flowing out of the larger one. The amount of flow of electricity is called amperage or “current” and is measured in amperes, or “amps”(A) for short.

Taking the water analogy further, a battery stores electricity much as a water tower stores water. The taller this tower, the higher the pressure of the water is at its base. If you open a valve at the base, water will flow out at a high pressure. In the same way, if you flip a switch connecting batteries to a light bulb or some other load, electricity begins to flow. The higher the voltage of a battery bank, the greater the “pressure” of the electrons flowing the wire. And just as with the water tower, as electricity is drained from the battery, the pressure (voltage) slowly drops.

Most of the water available in a typical water tower is available at a pressure of 45 to 60 psi. Once drained to below 40 psi any additional drain will cause the pressure to decrease even more rapidly. This is because the majority of the water is stored up in the huge tank at the top of the water tower. The lower pressure occurs when the water has been all the way down to the base of that large tank. In the same way, a nominal 12-volt battery has most of its stored electricity available from just below 12 volts to 12.6 volts. Once the battery is drained below 12 volts, there’s little amperage that remains (similar to how there’s little water left in the water tower once the tank has been drained to just the supply tubes at the base of the tank).

Power is Voltage Multiplied by Amperage

Electrical power (the ability to do work) is a function of pressure (voltage) and current (amperage). Double either one and you double the power the current is carrying through the circuit. The actual formula for calculating power is quite basic – simply multiply the voltage by the amperage.

This formula is known as Ohm’s Law. The Watt (W) is the measure of the power of electricity and will be our basic unit of measure for determining the size of our electrical loads.

What Is the Difference Between AC and DC Electricity?

The power that comes from our wall outlets is AC, the more common type of electricity. However, homes which are completely disconnected from the electrical utility company frequently have outlets which provide DC electricity. This is because most alternative energy systems store their energy in batteries which use DC electricity. To convert this electricity into AC electricity requires the use of a inverter, which inherently isn’t 100% efficient at converting the DC to AC electricity (usually between 70 and 95% efficient). To not lose more valuable power to electrical inefficiencies, people living off grid will often use only appliances and devices which can run directly off of the DC electricity a battery bank can provide. The downside is that most common appliances only work with 120 or 220 volts AC.

Photovoltaics or PV for short can be thought of as a direct current (DC) electricity generator powered by the sun. When light photons of sufficient energy strike a solar cell, they knock electrons free in the silicon crystal structure forcing them through an external circuit (battery, inverter or direct DC load), and then returning them to the other side of the solar cell to start the process all over again. The voltage output from a single crystalline solar cell is about 0.5V with an amperage output that is directly proportional to the cell’s surface area (approximately 7A for a 6 inch square multi-crystalline solar cell). Typically 30-36 cells are wired in series (+ to -) in each solar module. This produces a solar module with a 12V nominal output (~17V at peak power) that can then be wired in series and/or parallel with other solar modules to form a complete solar array.