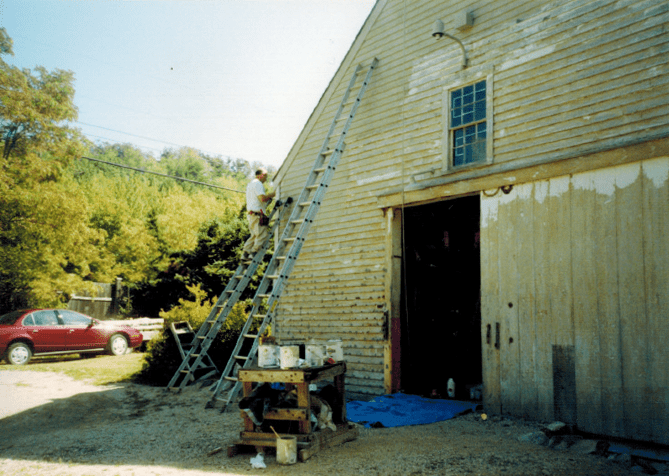 To mark altE’s twentieth anniversary this May, I sat down with founding CEO Sascha Deri to learn more about the company’s formative years. This is the second part of that interview. Approaching July 4th we reminisce about that most American of endeavors: building a sales team.

The story so far: altE was founded near the end of the dot-com boom by three engineers, Sascha Deri, Nick Ablright, and Jason Federspiel. They were sure people would buy online, with little if any personal interaction, but as the company gained traction they quickly realized the customer experience needed a human element.

After a few months we were getting a dozen or so orders a week – usually small orders. We were getting a lot of feedback from customers who didn’t want to buy from us unless they could talk to a real human being. Despite the e-commerce craze, we clearly needed someone to talk to the customers, help size their systems, and put a human voice to the company. Nick, Jason, and I needed to keep our day jobs and couldn’t answer a phone for altE during the day.

Around July of ‘99 my dad, Wayne, who was recently semi-retired, volunteered to answer phones for Alternative Energy Store. With the caveat that “Hey I can’t pretend to be an expert at this, but I’ll be glad to help out.” Then Dad would really help the customer out, because he knew a lot more than he would admit. This was our first example of under-promising and over-delivering to customers.

He told us, “Pay me when you can.” For him this was a chance to help his son and his nephew, and to help bring renewable energy to the world.

Dad would be out in the barn in Downeast Maine, maybe working on the car, always with a cordless phone on his hip. Somebody would call and Dad would have to dash from the barn and to the house, hop on the computer, and winded, say, “Alternative Energy Store, this is Wayne, how can I help you?”

Within a few weeks Dad went from being on the phone once or twice a day, to being on the phone from 8 am to 8 pm so we could serve customers on both seaboards. To our delight, within three or four months we were making enough to actually pay my dad.

Within a year after Dad started, he was saying “There’s too many phone calls. We need to add people.” We found two experienced solar sales reps, who worked remotely from New Mexico. We would share calls between the two sites. 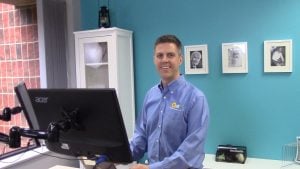 In September, 2002 I had my best professional downturn yet. I was laid off from the telecom industry. I remember my manager felt really bad about giving me the news. This was the third or fourth round of layoffs in the company, and my number had finally come up. To his surprise I essentially wound up consoling him. The whole time I was thinking, “This is my opportunity to work on my own company!”

We ran the numbers, to make sure altE could take me on-board full time. In the end pay went down more than fifty percent compared to working in telecom, but I would be able to make ends meet. Most importantly my satisfaction factor went up a thousand percent, and the company continued to grow. 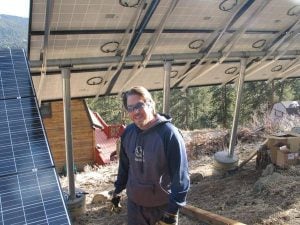 In September, 2003 we hired Ben, purely over the phone. He had just completed his renewable energy studies at Solar Energy International. Based on our website, he thought we were this really big company. He drove all the way up from New Mexico, where he was living at the time (he was originally from New Hampshire). Right on schedule, I got this call from Ben. He said, “Hey, I think I’m here but where do I go?” At this point we were in our second “office.” Whereas most startups begin in a garage, we had moved into a garage in an old mill building in Worcester, MA. We didn’t have any signage at that point, and the building hadn’t been upgraded much since it was constructed in the 1800’s.

I said, “No problem, I’ll come right out and find you.” I did, and showed him our office, tucked into the back of an old garage. At that moment, I found out a few years later, he was seriously considering whether he should turn around or not. Fortunately he didn’t! He’s been an amazing contributor to our team, and also has been with us longer than any other member so far.

From very early on I wanted make videos on how to do solar, how do use products, and put those videos online for free. When YouTube launched it seemed like the right platform. We encouraged the sales reps to make videos, but nobody really wanted to be in front of the camera.

We hired Amy in 2007 as a Technical Sales Rep. Like me, she left a long career in the telecom industry because she wanted to get into solar. Amy was so strong in technical support, and the challenge was in coaching her to sell. She would spend a disproportionate amount of time with the customer. Whether it was a small system, big system, in New York, North Dakota or Nigeria, it didn’t matter, she’d help them out. All her customers loved her.

Also, Amy, being particularly gregarious and really enjoying drama when she was in high school, was definitely not camera shy. She loved being in front of the camera. She really embraces producing, writing, and filming the videos.

In 2014 we pulled Amy from sales in order to make videos full-time. It was a big risk for us – taking her away from customers was took away her ability to generate revenue. The plan was simple: instead of Amy helping hundreds of altE customers, one person at a time, over the phone; she would help tens of thousands of people each month via our free educational videos. With any luck, some of that audience call us to purchase their solar power system. This was a long-haul, big-picture goal.

Amy would produce one or two videos a week. A little over a year after she started making videos full-time, we started getting callers who said things like, “I’m calling because I saw altE’s video with Amy on YouTube, you really helped me figure something out, and I want to buy a system; here’s what I’d like to do.” Now we see that all the time. People are finding the questions she’s answered, and then calling us and trusting us to help size a renewable energy system that meets their needs. Much of our credibility is due to those videos. 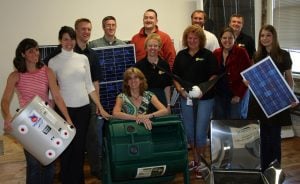 2008 photo of the altE team in the old Hudson, MA office

Since the early days, our accessible and knowledgeable sales team has become integral to what we do. Technical Sales Representatives (TSR) now make up more than a third of our team. We’ve gone from the early days, with my dad saying “I know nothing,” but then getting quite helpful and detailed, to the days of pointing out, “Hey we spend a lot of time educating our Tech Sales Reps every year, so they really do know their stuff and can really help you.”

We make sure all of our TSRs pass the NABCEP (North American Board of Certified Energy Practitioners) entry-level exam, which basically says they meet a standard for knowing how to size grid-tied and off-grid systems. We used to have our own classes that were certified by IREC (the Interstate Renewable Energy Council). You can still find some of our old webinars on our YouTube channel. Nowadays we send our reps to other organizations for that training.

About half of our business is helping Do-It-Yourselfers, who usually do off-grid systems. Most of the other half is helping professional solar installers, who are mainly doing grid-tied systems. For both groups of our goal is to make selecting, designing and buying solar power systems easier.

We see ourselves as coaches. Our reps don’t know everything, but they know how to find answers. They help guide you in the design and selection of components, whether it is for you personally or your customers.

There you have it – how altE’s Achilles’ Heel became its greatest asset. Today altE has educational resources on its website, a YouTube channel, and a team of sales reps ready to help you make informed decisions for your renewable energy system. If you’re thinking about solar, give us a call – Technical Sales Reps are standing by!

Read Part I of this series

Read Part II of this series