Running out of time for Massachusetts SREC II 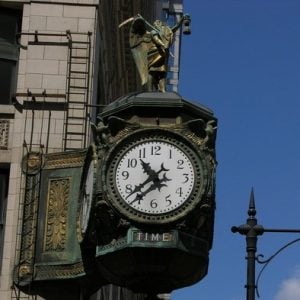 If you are in Massachusetts and are thinking about installing solar panels for your home, you need to know that the clock is ticking. If you want to get into the current state incentive program, you need to act fast. An extension gives you an extra four months to finish the installation. However, you must have paid for at least half of the construction costs by the original deadline of January 8, 2017. The catch is that extra time comes at a cost…

First Some Background on the Massachusetts Solar Extension

On April 8, 2016, the Massachusetts Department of Energy Resources (DOER) filed emergency changes to extend the Solar Carve-out II Program.  They extended the deadline of January 8, 2017 by four months to May 8, 2017. You must prove that at least 50% of the costs have been spent by January 8 to get the extension.

Too good to be True?

DOER made additional changes to the program to reduce the cost impact of any further solar expansion. Any solar system that qualifies for the extension will get a reduced rate for their SRECs. For those unfamiliar with SRECs, they stand for Solar Renewable Energy Credits. Each MWh (megawatt hour) your grid-tie solar system generates is worth one SREC. The SRECs are auctioned off each quarter to earn a cash payment for you. For example, if your 5kW solar system generates 6.5MWh in a year, and if the current rate per SREC is $300, you would earn $1950 (before fees) for that year. Not too shabby, eh? This goes on for 10 years, with the SREC price likely decreasing each year.

And Here’s the Catch to the SREC Changes

There is a downside to the extension. All extended projects with a capacity 25 kW DC or less (most residential systems) that come online after January 8, 2017 will receive a reduced SREC Factor of 0.8. So while you have an extra four months to get your solar system installed and still qualify for the Solar Carve Out II SRECs, they will be worth 80% of what they are before January 8, 2017 completion. Your 6.5 SRECs become 5.2 SRECs, worth $1560, losing $390 for the year. Larger commercial and utility scale systems have a larger reduction.

You can see the DOER SREC extension letter with more details and links to the Massachusetts DOER here. 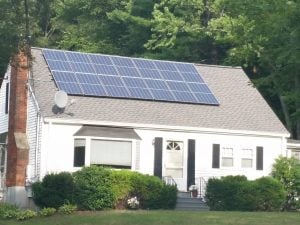 Is There Life after Solar Carve-Out II?

So what happens if you miss the deadlines for Massachusetts Solar Carve-out II? That, my friends is the big question. DOER is developing the next solar incentive to comply with the new state law passed earlier this year. The new incentive would likely not go into effect until the summer of 2017.

The current proposal is a Feed-In-Tariff (FIT) like those frequently used in Europe. Rather than going to auction with an uncertain price for the SRECs each quarter, a set price and time span is put in place. For example, the current proposal pays you $0.30 per kWh you generate for 10 years. Additional kickers of another few cents can be added for different encouraged scenarios, like installing solar panels on a capped landfill, on low income housing, or including energy storage (deep cycle batteries) at the house. Using the same example as before, that 5kW system can generate 6500kWh a year. At $0.30 each, that’s a potential of $1950, right around the same as the SREC example with $300/SREC. But the uncertainty of the current proposal makes locking into the current Solar Carve-out II appealing.

You can see the details of Next Solar Incentive proposal here. We’ll write more about it as more news becomes public.

Don’t Throw Away Your Shot

The current Massachusetts Solar Carve-out II Program has been very successful in increasing solar installations in Massachusetts. If you want to get locked into the program, you need to act quickly to get the system at least mostly paid for, if not completely installed by January 8, 2017. Take a look at some pre-designed grid-tie solar systems, or request a quote for us to customize a solar system for your home.