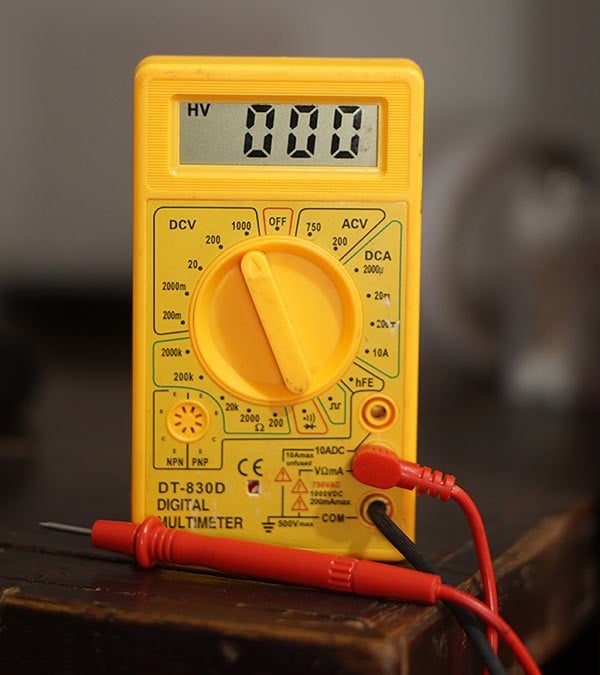 Voltage-schmoltage! Read more about the four main voltages used in RE systems.

What’s the Big Deal About Voltage?

In describing and designing renewable energy (RE) systems—especially photovoltaic (PV) systems—we routinely use what may first seem like a bewildering array of different voltage figures. Not to worry, there’s a logical explanation for all these numbers! Each is used for a particular purpose and each offers very useful information about an existing system or can help you to design an effective system.

Nominal voltage is an approximation from the days when batteries were the typical unit of voltage measure (e.g., 2V, 6V, 12V). Thanks to the traditional use of solar modules as battery chargers, it happened that modules were usually designed to charge common battery voltages. Nominal (“by name” or “in name only”), in common RE use, has come to refer to those standard battery voltages and to systems and system components designed to be compatible with such voltages. The tricky part is that the voltage values referred to aren’t necessarily the values you will see in actual practice! For example, under full sunlight, a 12V nominal solar panel will typically produce about 17VDC ; if it’s charging a 12V battery, that battery, when full, may register as high as 14.4V on a voltmeter. These small differences are normal and expected within the nominal range, and the “shorthand” of nominal voltage (12V in this case) is still a useful tool for us to discuss systems and related components.

Very similar to nominal voltage is system voltage . This word refers to the nominal voltage of the RE system as a whole. Since batteries are in many ways the heart of a battery-based RE system, we call the battery bank’s voltage the system voltage. Almost all RE systems will use one of these three voltages: 12V, 24V, 48V. The system voltage of any given installation is usually, though not always, determined by the battery bank required by the application being served; the inverter, if one is used, will influence this decision as well.

These next two voltages refer to rated specifications of PV modules and are used in the design of systems and the comparison of modules.

Maximum power voltage refers to the “sweet spot”  where the solar panel produces the maximum power (power is equal to voltage times current) under full sunlight conditions.  For a 12V nominal crystalline silicon module, the peak power voltage will usually be between 16 and 18V DC, depending on the model of the solar module.

The voltage value you actually see on a voltmeter will depend on where you take the measurement within the system, whether the system is powering a load, what that load is (including the state of charge of the battery bank, if present), and other factors. Vmp is used to help determine the peak power (and from that, the total energy) the system can deliver.

If you measure a PV module under full sunlight when it is not connected to a system—that is, by touching a voltmeter’s probes directly to the module’s positive and negative terminals or cable ends, you’ll be measuring the module’s open circuit voltage . Setting aside environmental effects on voltage for a moment, open circuit voltage is theoretically the highest voltage a module will produce. In practice, certain conditions can cause a module’s voltage to exceed Voc—and thereby increase the power output—but it’s nevertheless an essential figure to system designers, used to match PV modules or arrays with other system components.

Each PV module is labeled with electrical specifications.

As is often true with electricity and electrical components, voltage can be a slippery value to pin down. We use several voltage standards and component ratings to help us compare modules and design RE systems. Using these ratings in certain formulas helps ensure safe and efficient system design.

*Nominal voltages that can’t be found in batteries, such as 18V, are increasingly common. These voltages are based on PV modules that were not designed specifically for battery-charging systems, such as those used in straight grid-tied PV systems.