When discussing electricity, in this case solar panels and energy, it is important to use the right terminology to make sure everyone understands what you are talking about. Two of the most commonly confused terms are Watts and Watt-hours. While closely related, they are very different from each other. We thought we’d spend a moment straightening out the terms.

A Watt is an instantaneous measurement of power. It is abbreviated as simply W. Technically, it is “the work done at the rate of one joule per second”. Just sort of rolls off the tongue, doesn’t it? Watts is the rate at which energy is made or used. A 10W light bulb is using 10 Watts of power at any time it is on.

Watts = Volts (V) x Amps (A), so you can increase the wattage by either increasing the volts or the amps, or both. 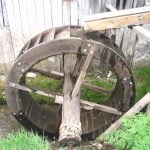 Watt-hours (Wh) is the accumulation of power over a period of time. It is energy. If you run your 10W light bulb for an hour, it will consume 10Wh. In two hours, 20Wh. 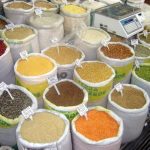 Back to that water mill, it’s how much grain was ground. Where Watts was speed, Watt-hours is quantity.

Driving a Car as an Analogy for Watts Vs. Watt-Hours 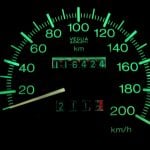 A kilowatt, or kW, is 1000 Watts. A kilowatt-hour, kWh, is 1000Wh. Due to the large amount of energy a house typically uses, your electric bill is generally in kWh. Over a month, you may have used 900kWh, or 900,000Wh. You can see that number on your bill where you are charged a certain amount of money per kWh.

Why Should I Care?

When discussing how much power (Watts) or energy (Watt-hours) you use, and therefore need to generate with your solar system, it is very important to make sure you are using the right terms. If you know how many watts your loads draw, but don’t know how many Watt-hours used in a day, it is impossible to design a solar system that will make the right amount of energy for you.

Just as there is a difference between Watts and Watt-hours, there is the same difference between amps and amp-hours. Amps, or A, is the rate of the current, how fast it is flowing. Back to the water analogy, the flow rate of the water can be in gallons per minute (GPM) or liters per minute (LPM). How fast the electricity is moving in the wire is amps. 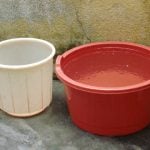 Amp-hours, or Ah, is the amount of energy charge in a deep-cycle battery that will allow one amp of current to flow for one hour. For example, 4 amps for 2 hour equals 8 amp-hours (4A x 2 hours = 8Ah). Back to the water, it is how much water accumulated when flowing into a bucket for an hour. With water it is measured in gallons or liters, with electricity it is amp-hours.

I hope this helps you straighten out the different terms and allows you to accurately define your electricity needs. I don’t know about you, but I’m suddenly thirsty for a glass of water right now.