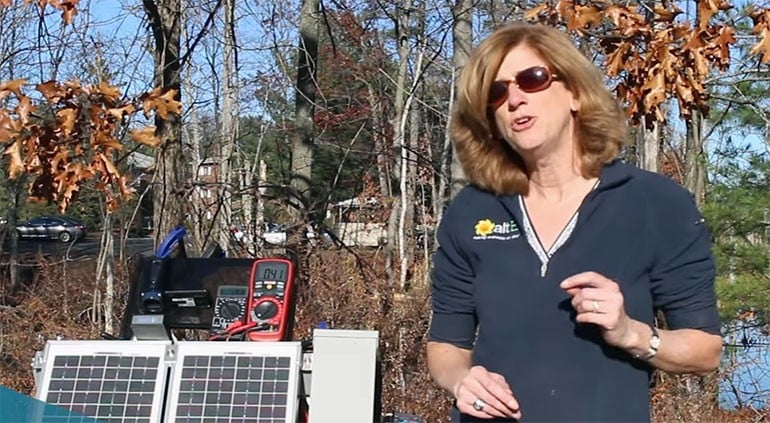 The angle that you select to mount your solar panels will depend on a few factors. If you have got just a straight grid-tie solar system that is going to be on your roof and your roof is a normal, average tilted roof, you’re really just going to put it on that, because chasing after every little last angle on a grid-tie system quite often isn’t worth the extra money. However, if you’ve got an off-grid solar system, and you need to pull out every single watt hour you can out of the system, then angle really does come into play, quite significantly.

In the demo below, we show you the effect the tilt of your solar panels can have. First, you need to figure out when you will be maximizing it. For example, this demo takes place In Massachusetts, so the latitude here is 42 degrees. If we are looking to maximize year-round performance, we would want to set the solar panels as close as possible to 42 degrees, because if you figure, the sun is going to be that angle in the spring and the fall, as opposed to in the summer when it’s just going to be really high, or in the winter when it’s going to be very low.

Other scenarios to consider:

So, let’s actually see what effect the tilt of your solar panels can have…