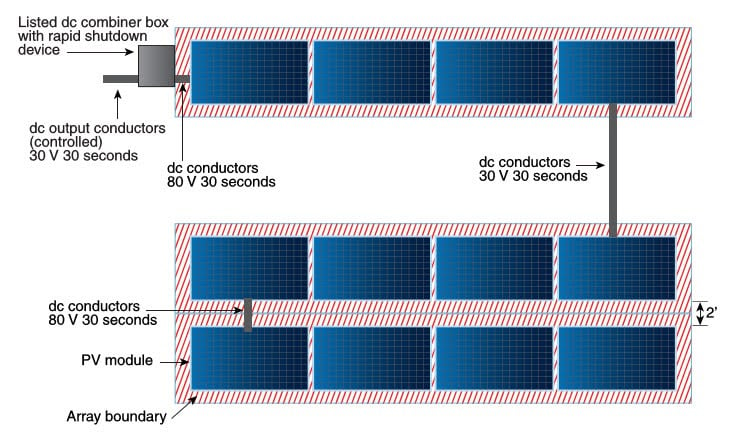 PV system circuits installed on or in buildings shall include a rapid shutdown function that controls specific conductors in accordance with 690.12(1) through (5) as follows.

But those six short sentences had a big change on PV system design. Gone were the days of simply wiring the solar panels, or modules, to the grid tied inverter or charge controller through a simple pass-thru or combiner box. Rapid ShutDown (RSD) has a noble cause. It is to protect the firefighters trying to put out a fire in your home or business. Even when they turned off the grid power to your house, and the inverter automatically shut itself off (in accordance with UL1741), the wires from the solar array all the way down into the inverter or controller were still live. In grid tied systems, they could have as much as 600VDC. Combine that voltage with a firefighter’s ax to vent the roof, and you have a disaster on your hands.

Rapid Shutdown gives the firefighters a way to also shut down the DC power from the solar array to the inverter. In 2014, it could shut it down to the area up to 10’ from the solar array, and more than 5’ of entering a building. This was simple to comply with if you had Module Level Power Electronics (MLPEs), components that were starting to become popular in the day. Solar micro inverters or optimizers installed behind the solar panels would automatically turn off when the grid went out. The difficulty remained with string inverters that had a long series string of solar panels going straight into the inverter, or strings going to a charge controller to charge a battery bank. A method needed to be developed to disconnect that connection.

A practical solution was to make the pass thru or combiner box near the array a smart box that could automatically shut off if the inverter shut off, or respond to a button push at ground level.

Some string inverter manufacturers, like Fronius, released a shutdown pass thru box that would communicate with their inverter. The inverter shutting down automatically shut down the box that was within 10’ of the solar array. 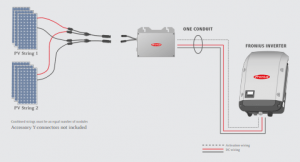 MidNite Solar developed the Birdhouse solution to meet the requirement for both string inverters and battery based systems. Pushing the button on a box that looked like the old fire call boxes of your youth turned off any connected boxes, disconnecting the solar array from the rest of the system, and even the charge controller and inverter from the battery bank. This did add several separate components to the system that could start to add complexity and cost.

NEC 2017 changed the distance of the array boundary from 10’ to 1’, and inside the building from 5’ down to 3’. It also added few more details, such as clarifying that this requirement does not apply to stand alone ground mounts. But the big change was it added a provision that wasn’t going to be in effect until January 1, 2019. 690.12 (B) (2)Conductors within the boundary must be reduced to no more than 80V within 30 seconds.

That sentence changes everything. This says that while the area outside of the 1’ array boundary still needs to shut down to 30V or below, within the boundary, everything has to be shut down to below 80V. That means you have to shut down the power at the solar panel, or module, itself. 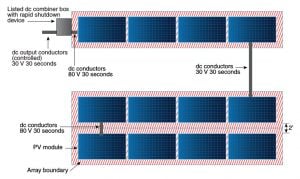 Thus, module level shutdown was king. You can no longer depend on a box at the boundary edge to shut things down. You need a device to shut down the output of the solar panel itself. The solutions vary depending on what solar equipment you have.

Microinverters and Optimizers are still A-OK, they inherently control at the module level. No additional equipment is required for Rapid Shutdown if you are using a MLPE solution.

But to use a string inverter, or a battery based charge controller, things just got real tricky.

The solution for string inverters that don’t have their own optimizer, has been to create more MLPEs, devices that connect right to the output wires of the solar panels and shut the power down. These can be controlled by a few methods. The simplest is a simple heartbeat keep alive from the inverter itself. This is how companies like SolarEdge with their Optimizers work. The signal is sent on the existing wires via Power Line Communication (PLC). When the grid goes out, the inverter automatically goes out, and the keepalive signal stops. This makes the optimizers shut down. No human intervention is required.

For companies like Tigo Energy and MidNite Solar who don’t make their own inverters, but work with others, a simple transmitter is used to inject the keep alive signal onto the solar wire. The transmitter is either AC or DC powered, or connected in the inverter, so again, when the grid goes out, so does it. 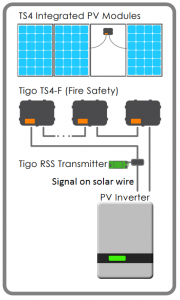 Tigo Energy has the TS4-A-F plus their RSS Transmitter for NEC 2017 compliance. The transmitter injects a signal on the PV line, and the individual TSF-A-F units turn off when the signal goes out. This solution is just for fire safety, there is no optimization or monitoring with it. 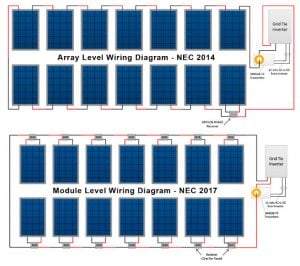 MidNite Solar has the Little SOB (Shut Off Box) solution that can be used at the string level for 2014 compliance, or at the module level for 2017 and 2020. It consists of the SOB Transmitter that’s available in either AC or 12V DC, and the SOB Receiver, available for 600V or 1000V strings.

Another solution for string inverters is to have an external form of communication between the transmitter and the module level device. Companies such as Tigo Energy have a system that sends the keep alive signal through a dedicated RS485 cable between the transmitter by the inverter and receiver near the panels, that then can be sent wirelessly to the MLPE devices at the panels. This allows them to communicate from the transmitter to receiver without injecting the keep alive signal on the DC lines from the solar panels. 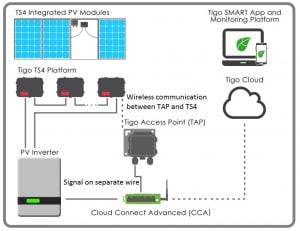 The added bonus is since there is a dedicated communication line between the TS4 at the solar panel, the Tigo Access Point (TAP) near the panels, and the Tigo Cloud Connect (CCA) connection from the TAP to the internet, additional information can also be sent on, allowing for module level monitoring. This allows you to see the amount of energy each solar panel is making, and be alerted if something goes wrong. 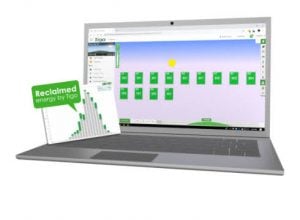 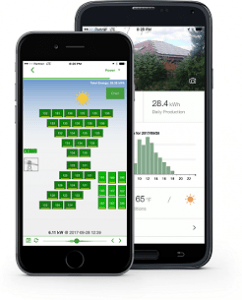 Tigo currently has two options for this solution with monitoring, the TS4-A-S (Safety), and TS4-A-O (Optimization). The -S model gives you Rapid Shutdown and remote monitoring, and the -O model adds optimization to the list, harnessing extra energy by maximizing the output of each panel while minimizing the effect shading or mismatches of other panels have on the panel. The TS4-F that we talked about earlier is just Rapid Shutdown, no monitoring.

NEC 2020 brought more changes. The six simple sentences from 2014 have grown to a full page. Most of the addition is simply clarification of the requirements added in 2017. Since many states didn’t enforce the module level shutdown from 2017-2019, most people refer to 2020 as the release year that module level shutdown was added.

If you are designing a solar system, and need help finding a Rapid Shutdown solution for it, please contact us at the altE Store to find the right solution for your system.

Our next blog post discusses options for Rapid Shutdown for solar charge controllers.