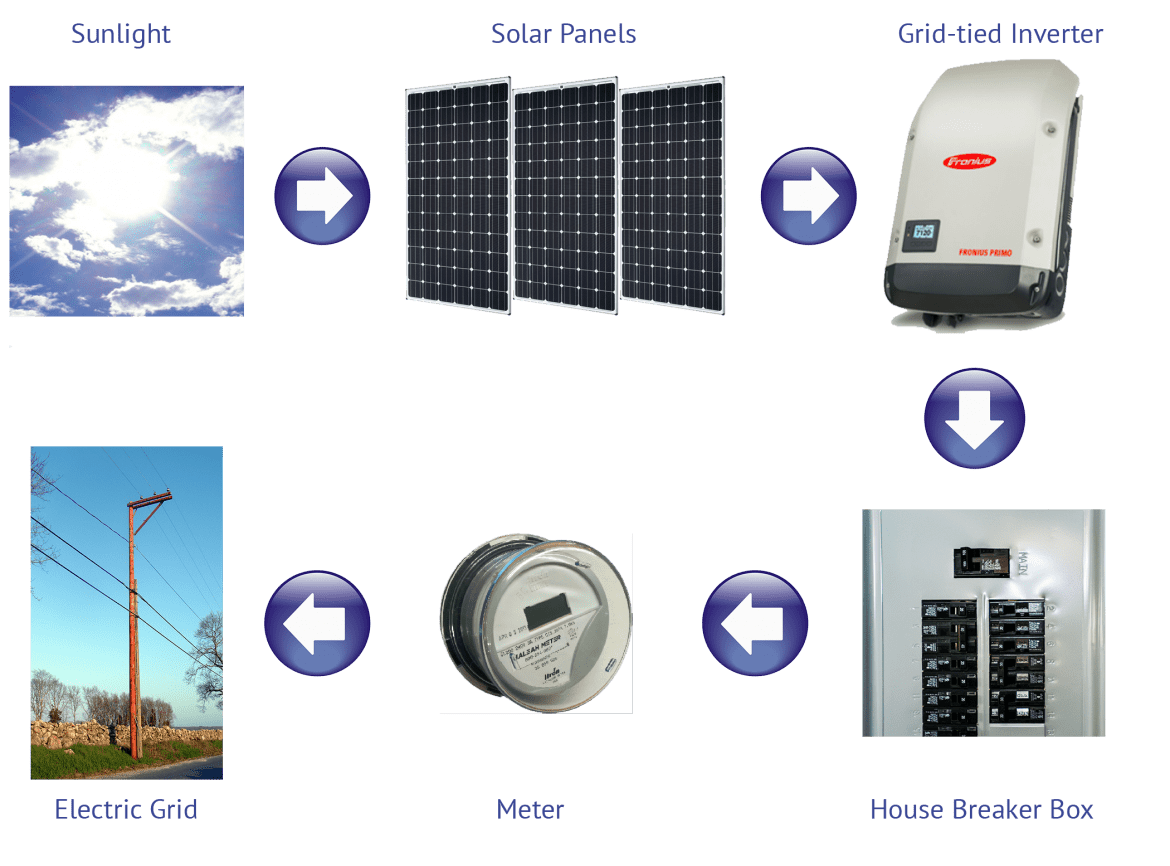 Inverters Through The Years

Any talk about solar power tends focus on the solar panels. Today let’s examine a less visible, but equally vital component of the modern home solar power system – the inverter.

The Institute of Electrical and Electronics Engineers (IEEE) defines an inverter as “a machine, device, or system that changes direct-current power to alternating-current power.” There are many types of inverters for a wide variety of situations. Here’s a great overview on inverters in home solar applications from our own Amy Beaudet:

In summary, solar panels, wind turbines, and batteries send out Direct Current (DC), or electricity that flows in one direction. Most home electrical systems accept Alternating Current (AC) power, which uses an oscillating direction of flow for safer and more efficient transmission through power lines. To convert direct to alternating current, you need an Inverter.

In some cases for off-grid living, an inverter may not be needed as long as the home system will only rely on specialized DC appliances. For grid-tied systems inverters are a necessity, which we’ll cover in a bit.

Converting between AC and DC power dates back at least to 1888, when Charles S. Bradley invented the Rotary Converter. Depending on the device and its configuration, a rotary converter could convert either way. Rotary converters quickly grew in size as they scaled for industrial use.

The War of the Currents, between Edison and Tesla, ended in 1893. That year the Westinghouse Electric Company (Tesla’s employer) lit the Chicago World’s Fair with AC, and won a contract to generate power from Niagara Falls and bring it to Buffalo – again using AC for transmission. The national grid quickly adopted the AC standard, and AC-to-DC converters became much more prevalent in the residential market.

In 1902 Peter Cooper Hewitt invented the mercury arc rectifier, which could convert AC to DC with no moving parts. This device was so influential that “rectifier” came to mean a device that converts AC to DC – the opposite of an inverter. It also highlighted the possibility of more efficient – and much quieter – power conversion for inverters as well. Versions of the mercury arc rectifier are still in use today in certain high-power applications.

The term “inverter” dates back at least to 1925, and the writings of one aptly-named D.C. Prince. Published in IEEE Industry Applications Magazine, Prince essentially described the modern inverter, billing it as the opposite of a rectifier. 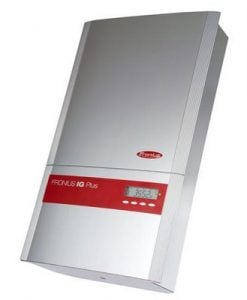 The Grid-Tie inverter was invented fairly recently, in 2000. Scientists at Sandia Laboratories in New Mexico invented a “non-islanding inverter” that could automatically disconnect a house from the grid when the latter shuts down for some reason. This means that in a power outage, utility workers can safely conduct repairs without any houses exporting power to the grid. Of course with a pure grid-tied system, when the utility power goes out, so does yours.

Inverters don’t just convert DC to AC, they usually transform low voltage to something much higher. In the past this was achieved by a traditional mechanical transformer. More recently, digital systems convert DC to high-frequency AC, back to DC, and back to standard-frequency AC at higher voltage. The new digital process is far more efficient, and its components far lighter, than traditional physical transformers. Transformerless inverters had penetrated European market in 2010, and more recently North America.

Moving forward, innovations will likely yield smaller, lighter, and more efficient inverters of the same fundamental design we see today. Most of the focus is on new materials for non-mechanical switches.

For example in 2016 SolarEdge won the Intersolar Award for its new HD-Wave inverter technology. This new generation of inverters uses distributed switching, where advanced software in a DSP processor controls multiple levels of switches to produce a cleaner sine wave than could be produced by earlier generations. By SolarEdge’s report, these inverters dissipate less than half the heat of their predecessors, which allows for a 60% reduction in cooling components. Couple that with a significant reduction in magnetics, and you’re looking at a very compact, light, and efficient inverter! We’re proud to sell them on our own site.

Many manufacturers are moving forward with “Storage Ready” hybrid inverters. A hybrid inverter is mainly used for grid-tie (selling back to the utility company) solar, but can also provide backup power to your home when the electric utility fails. Grid-independent home power comes from batteries – which can be installed up-front, or some time after the rest of the system. Hybrid inverters also allow for a battery-based system that is grid-interactive or grid-independent, and in some cases, operate with generators.

Sometimes inverters are bundled into pre-wired cabinets, with batteries, for a plug-and-play option for customers. Pre-wired unites mainly save cost and time for the customer, as most of the components for a solar power system can be purchased in a single unit. Because the manufacturer often buys the components in bulk, individual part costs are cheaper. Ultimately pre-wired units make it easier than ever for them to adopt the latest and best backup technologies.

Over time inverters have become smaller, lighter, cooler, and more efficient through a series of innovative leaps. Today you can find them in pre-wired units, but inverters will probably never be completely subsumed. Though much quieter now, inverters will always be chugging away at the heart of the home solar power system.