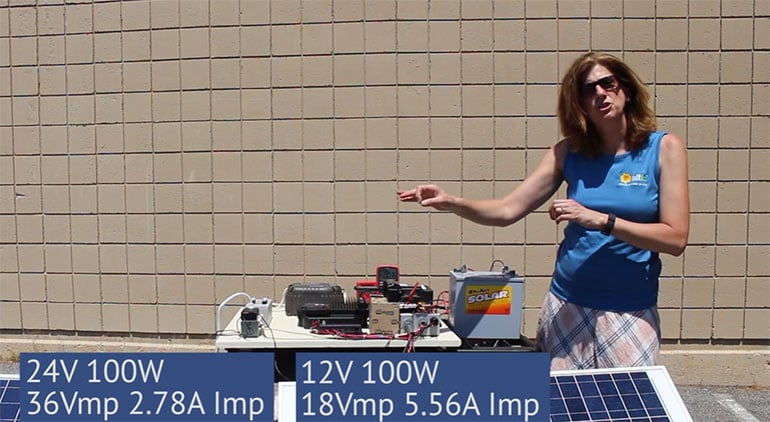 We are here with another DIY solar demo to see what happens when you have mismatched solar panels and what approach makes the most sense for wiring them – in series, in parallel, or not even at all. We will be using the same watts, with different volts and amps. Check out our first demo here, in which we use same amps, with different volts & watts.

What we have are two 100W solar panels – a 24V nominal and a 12V nominal – both will be going through an MPPT charge controller. Going into the battery, we’re going to measure each solar panel individually, so we can confirm what we are getting individually. Then, we are going to wire them in series. Finally, we’re going to wire them in parallel to see which approach provides the best performance.