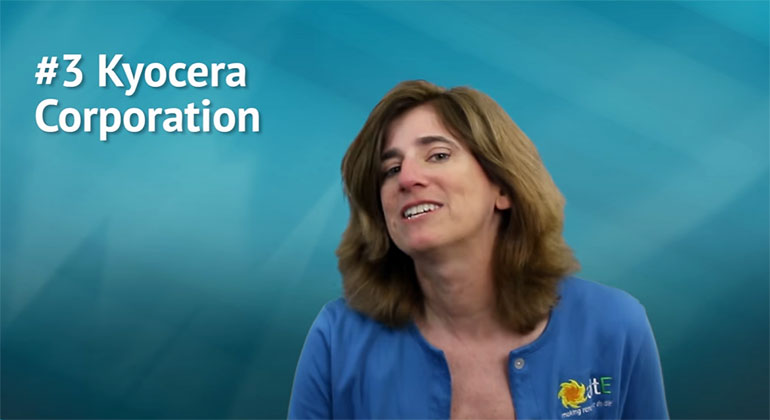 Fact #1
PV Evolutions Labs performed Highly Accelerated Life Testing (or HALT) on all of the major solar panel brands. Solar panels were subjected to rigorous tests that are designed to mimic years of harsh real-world conditions. Kyocera was the only one that ranked within the Performance Leaders group in ALL test categories. While all brands passed the test minimum standards, the Kyocera solar panels came out on top.

Fact #2
There’s a reason why the boating community loves Kyocera solar panels! They have passed rigorous tests that show that they will outperform other brand solar panels in saltwater environments. Kyocera Solar’s entire product line of solar modules passed the Salt Mist Corrosion Test, showing that their solar panels are ideally suited for long-term deployment in marine and coastal areas.

As anyone who’s spent much time near the ocean knows, salt mist is very corrosive and can damage key components of the solar panel, including the frame, internal wiring, and even the glass. However, the tests show that the Kyocera solar panels are built to withstand the salt mist.

Fact #3
The Kyocera Solar company is a wholly-owned subsidiary of Kyocera International, Inc. of San Diego, the North American headquarters and holding company for Kyocera Corporation, based in Kyoto, Japan. They have an operating headquarters in Scottsdale, AZ and regional sales centers in the U.S. and Brazil. The Kyocera Group is a multi-billion dollar corporation that also makes cell phones, printers, ceramic knives. They were established in 1959, and have been making solar panels since 1975. What this means to the consumer is that you don’t need to worry if the company will still be around in 20 years, should you have a warranty issue.

The founder of Kyocera Corporation became a Buddhist priest when he resigned as chairman of Kyocera at age 65. In 1984, he created the Kyoto Prize with about $176M of his own personal money. The Kyoto Prize is an international award to honor those who have contributed significantly to the scientific, cultural, and spiritual betterment of mankind.