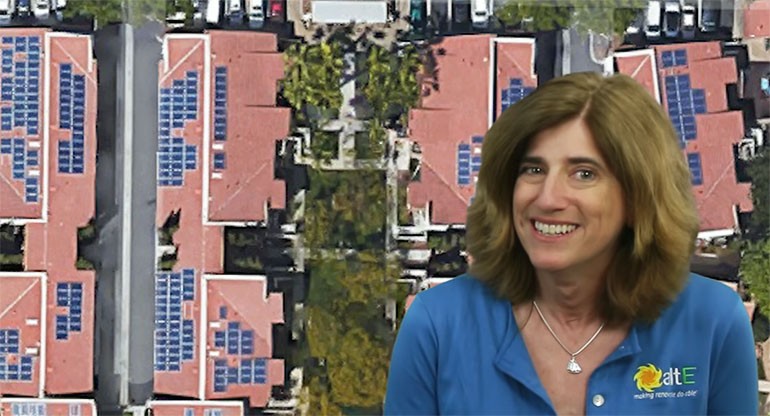 Myth #5: It takes more power to make solar panels than they save. They wear out and have to be replaced often.

The Embodied Energy is the energy consumed to make, deliver, and install a product. That includes mining the material, processing them, building the equipment, and shipping it to wherever it ends up being installed.

Most solar panels have a 20 to 25 year warranty. They are guaranteed to still produce at least 80% of their initial power. How many things that you bought 20 years ago are still working to 80% of their ability? Solar panels will. And they will continue to work producing clean energy for many more years. Grid-tie inverters usually have a 10 – 20 year warranty. It is expected that they will likely need to be replaced once in the life of a grid -tie solar system.

Taking all of that into consideration, the Energy Payback time for a grid-tie solar system, including the solar panels, inverter, racking, and cables is around 1 to 2 years, depending on where you are in the world. For a system that should last 25 years or more – that’s a lot of clean energy years!

Solar power benefits all walks of life. Depending on your location and local incentives available, your return on investment can be as low as 5 years. For example, if you get a 5000 watt grid-tie solar system, depending on your location, it could produce an average of 500kWh a month. If you buy your system outright, you could be saving over $1,000 a year – that’s over $40,000 for the life of your solar system!

If you don’t have the cash upfront to install solar, there are solar loans available with low interest rates. If you are in a good location for solar, even when including interest rates for the loan, you can still see a good payback time. For example, with that same 5000W system, if you currently pay 13 cents per kWh, you’d pay $65/month for that electricity from the electric company, With a 5% solar loan, you’d make the loan payments of $62/month. So, your savings is only $3 a month to start with, but as your electric rates go up (and they usually do) and your loan payments stay the same, you start seeing more and more savings. Over the life of a 20 year loan, you could have saved $11,000. After the loan is paid off, your system is still making free power, saving you another $24,000 over the next 10 years.

Solar power is even good for people who don’t install solar, as it reduces the amount of dirty energy that has to be produced, resulting in cleaner air. Combined with conservation, it also reduces the number of new traditional power plants that the electric company has to build.

Myth #2. Putting solar on my roof will decrease my property value or bring down the neighborhood.

Quite the opposite is true. Multiple studies have shown that if you buy a solar power system to install at your house, your property value actually goes up. One study, in particular, showed that every watt of solar installed increased the property value by about $4 a watt, as long as it isn’t a leased solar system. Studies have shown that leased solar systems can actually make the property more difficult to sell, as you need to find a buyer who is willing to take over the lease.

It has also been proven that homeowners who have neighbors that already have solar on their house are far more likely to install solar on their own house. It is partly due to “keeping up with the Jones,” but also because they don’t have to worry about being the first to take the plunge,someone else already did it and proved it was a good idea.

Whenever someone talks about installing solar, the southern roof (or northern roof for the southern hemisphere) is the first place that we think of. However, there are other options. If your roof’s ridgeline travels north/south, then you may have the ability to install the solar array on the east and west roofs. The eastern array will get lots of sun in the morning, and the western array will get longer energy production in the afternoon. Some utilities are actually incentivizing their customers to install western arrays to help produce power later in the day when the energy loads rise as people are returning from work and school.

Roofs are not the only place to install solar. If you have space on your property available, you could install a pole or ground mount, or even build a purpose designed structure like a carport, pergola, or shed. Think outside the box, or roof!