A Vacation at SolarWorld

Where does the Solar Queen go on vacation? Why to SolarWorld of course!

While on a family vacation out to Portland, Oregon, SolarWorld was kind enough to include my husband and my father on an in-depth behind-the-scenes tour of their manufacturing plant in Hillsboro, Oregon, just a ½ hour outside Portland. I wasn’t able to take any pictures on the plant floor, but I wanted to share my experience with you. 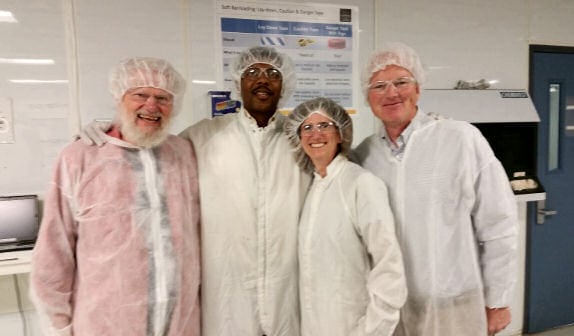 Suiting up in cleanroom garb to head onto the manufacturing floor.

First, a little background about SolarWorld. They have been manufacturing solar panels continuously for over 40 years, since 1975. Today, over 60% of their silicon solar panels are manufactured in the USA, employing over 800 people here. They also have a manufacturing plant in Germany. Globally, they have over 3400 employees. Since 2008, they have spent more than $1.5 billion in the USA on materials & supplies, parts, equipment, and services. By buying “Made in USA” products, you are helping the economy all the way down the line.

They have manufactured over 11 billion watts of solar panels, generating over 16 trillion watt-hours of solar power, offsetting over 12 billion pounds of dirty coal. That is enough to power 9 flux-capacitor-enabled DeLorean Time machines, which famously requires (queue up Doc Brown voice) 1.21 Gigawatts… plus enough left over juice to power a reboot concert by Huey Lewis and the News.

You Never Know Who You’ll Run Into…

Now back to the tour. SolarWorld was just wrapping up their annual SolarWorld Installer Summit when I arrived, so I was delighted to see one of our altE Direct customers in the lobby as he was on his way back to New England.

We met with Marvin Talbert, Head of Marketing and Brand Management for SolarWorld Americas. Despite spending all week working with the installers at the summit, he took us on a two hour factory tour. That man is tireless. The tour covered every step of production, from melting silicon rocks and forming them into silicon ingots, all the way to pallets of completed solar modules leaving the factory floor. Every step of production is performed at the Hillsboro, Oregon plant.

A Focus on Accuracy and Quality

SolarWorld uses a high level of automation to ensure accuracy, repeatability, and reliability in their manufacturing processes. Every step along the way has testing, both by automation and many manual inspections. As a consequence, at any point, they can stop production and catch any defects, evaluate, and resolve them. The level of tracking is such that any flaws at any point in production can be traced back to a specific batch, so they will be isolated and eliminated if needed. 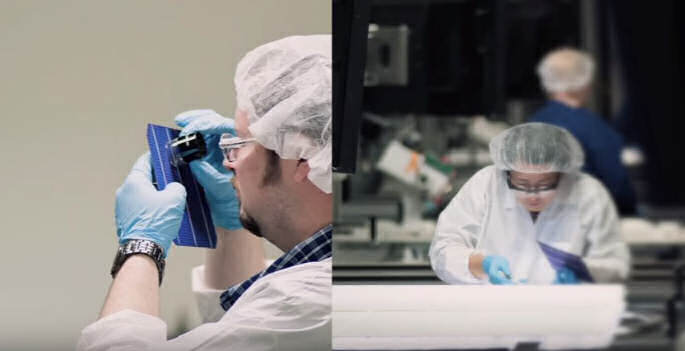 SolarWorld tests each solar cell for power output and then sort them by performance. This allows each solar panel to be manufactured with matching output cells, reducing losses due to mismatched power production of the cells.

Giving You More Solar Power for Your Money

SolarWorld uses this level of precision manufacturing to perform Sunmodule Plus sorting. What is Plus sorting? At the end of the line, the quality assurance staff flash test the solar panels to measure their output at Standard Test Conditions (STC) and then they sort the panels by output, always rounding up. As a result, a solar panel that measures at 284 watts will be labeled a 280 watt panel, which guarantees that you always get at least what you pay for. Other manufacturers will sort with a plus or minus percentage, SolarWorld does plus. Sorting down by even just 1% could mean getting 282 watts when you pay for 285 watts.

The Hillsboro production plant is able to build multiple models of their solar panels, including the SunModules with 60 and 72 cells, their Sunmodule Protect with its 30 year warranty, both 3 and 5 busbar modules, both monocrystalline and polycrystalline and their black on black modules, and more.

Outside of the building, where I was able to take pictures, despite the rain, was an example of them leading by example with a large ground mount array and a solar carport with free EV charging stations for employees and guests. They also showed their dedication to their installer base, with training buildings topped with various roofing material, including asphalt shingles, clay tiles, and metal standing seam. 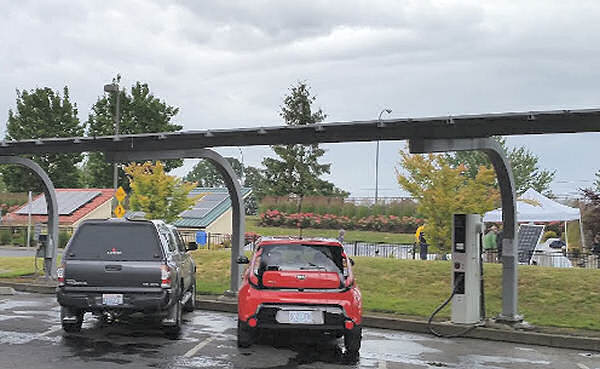 Solar carport and EV charging station in foreground with roof and ground mounts in background. 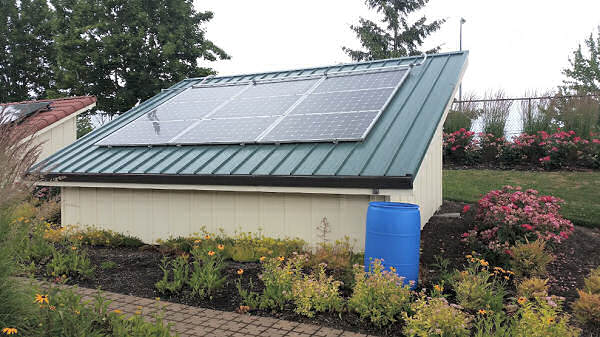 SolarWorld had several different roof mount demonstrations next to their carport.

I went into the factory tour with a very high regard for SolarWorld solar panels. I left that day with a greater appreciation for their employees, manufacturing techniques, and company values. For more information about SolarWorld panels, check out our video on “Three Cool Things about SolarWorld Solar Panels” below.