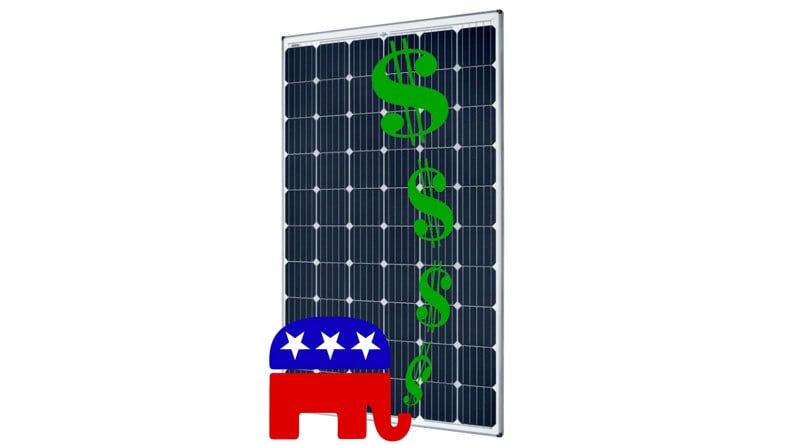 To most of my friends and family, I’m known as a fairly conservative guy. I have a business degree, grew up in and have run several small businesses, and overall I’m frugal with a buck. So you can imagine their surprise when my wife and I installed a solar system on our home in Arizona!

Conservative Does not Mean “anti-Green”

I’ve always considered using renewable energy – solar, wind, hydro – a perfectly sane thing to do. That said, for many fiscally conservative people like me, it also had to make financial sense. Sure, reducing our carbon footprint is great, but until the dollars added up, I wasn’t ready to pull the trigger on it.

I’ve been watching the solar industry for many years, and occasionally I would calculate the rate of return (ROR) and break even on installing a solar system on my home. When we recently moved to Arizona, I took the opportunity to run the numbers again. I was pleasantly surprised to see the results. As the cost of a system has steadily decreased over the years, the rate of electricity has steadily risen. The break-even and ROR was now very favorable.

Better than the Market For Rich, a fiscal conservative, the compelling reason to choose solar was financial.

When we installed our 7.6kW system, the installer we chose to work with did an initial evaluation of our electricity usage, the size system that could reasonably fit on our home, and the cost of the project – including permitting, components, installation, and tie-in to the electric grid. Then, they presented us with the cost savings over time. From this, we could easily calculate an annual Return on Investment (ROI) of 10-12% over the life of the system. In addition, we would be looking at a break-even point of about 8 years. In the first year of operation, we went from a total electric bill of $2,270 to $599, a savings of $1,671. That equates to an annualized ROI of 10.6%, based on our total system cost less State and Federal tax incentives.

First, there’s almost no risk. You either pay your electric bill, or you pay much less. The only risk here is in not going with a PV (photovoltaic) system and having electric prices “necessarily skyrocket” , to quote one of our leaders. As electric rates increase, your ROI will only increase. Now, your actual ROI will vary depending on your State tax incentives, cost of your system, current electricity rates, and expected yield from your system. You should work with a competent installer who can provide you with a very close estimate of your overall system costs, yields, and ROI. If you need help finding a qualified installer, the technical sales team at altE Store can help. We work with many skilled installers around the country.

One of the primary tenets of safe investing is the preservation of your investment capital. How does our investment in a PV system fair in this case? While the investment does depreciate over time (the PV system has a long, albeit finite life span), there’s been some great news on this front.

In a paper published in January of 2015, The Lawrence Berkeley National Lab found that installing a PV system can significantly increase your home’s value. The report, titled “Selling into the Sun: Price premium analysis of a multi-state dataset of solar homes”  found that house prices typically increase by $3 to $4 per watt of your PV system. The price range covers different geographical locations, and thus has different electricity rates, as well as different market appeal for homes with PV systems.

This means, for example, a home with a 3.5 kW system would increase in value by $10,500 to $14,000, very close to the after-tax-incentive cost of installing such a system (again, your mileage may vary, please consult a local installer to get estimates).

In addition, a large segment of home buyers specifically looks for homes with PV systems, due to the benefits such a system brings, both environmentally and financially. This means you may find a highly motivated base of buyers when the time comes to sell your PV-powered home.

It’s important to note that this report shows this effect only for systems that are owned by the homeowner, and not leased. The complexities of dealing with lease agreements was outside the scope of this study.

Based on the ROI, the preservation of capital through increased home value, and the potential of having highly motivated home buyers waiting should we ever decide to sell, we feel our investment into a solar PV system was one of the best investments we’ve ever made. We approached this decision from a strictly financial perspective. That we’re also doing our part to preserve our environment for our kids and grand-kids is without a doubt the icing on the cake!