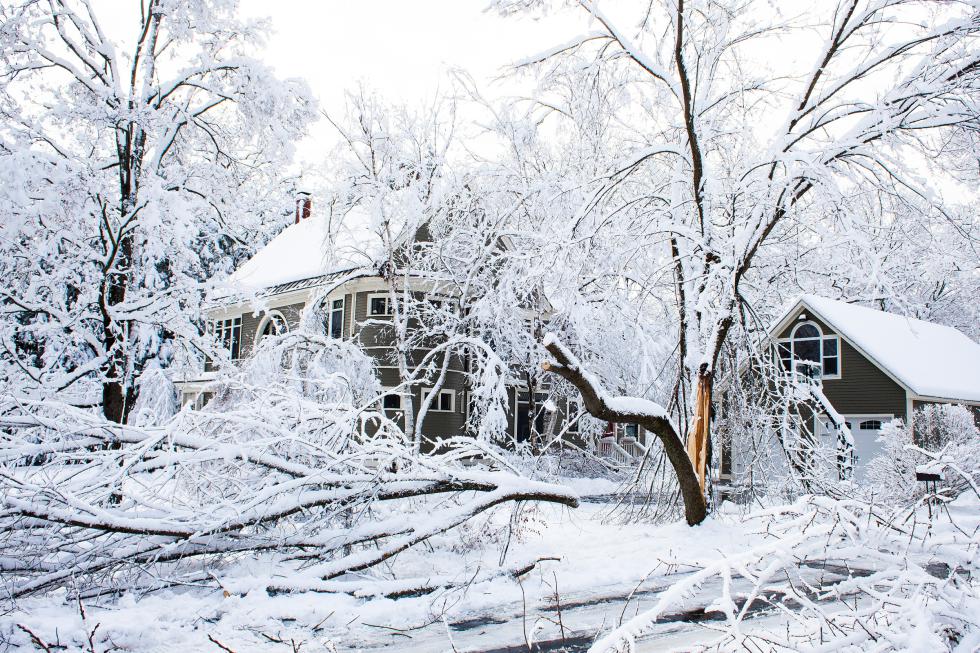 Regrets and Winter Storms; I’ve Had a Few

There’s nothing quite like an approaching storm to make you rethink some of your past decisions. “I’ll be cool with this snazzy rear wheel drive sports car”, “No need to replace my broken snow shovel, it hardly ever snows around here”, or “I don’t need battery backup for my grid tie solar system”. Well, you are on your own for the first two, but we can help you out on the last. As winter snowstorm Jonas comes down on the East Coast we are reminded how solar can provide you backup power even when the sun isn’t shining.

Providing Backup Solar Power When the Grid is Out Downed power lines? No sun? No problem, as long as you’re the neighbor with the silent backup power system (photo courtesy of the Concord Monitor).

If you already have a grid tie solar power system at your house, you know that it is required to shut down when the grid goes down to protect the electric company’s line workers from unexpected exposure to live wires. However, there is a way to automatically provide safe, and legal, battery backup to just your most important loads, like your fridge, well pump, furnace blower, margarita blender, etc.

By installing a battery backup system with a separate critical loads panel, you can move your critical loads off the main breaker box and power them off a battery bank during a power outage. By connecting it to your existing grid tie solar power system, you will be able to charge the battery bank back up as soon as the storm is over and the sun is shining.   The best news during the winter is, it can usually be done mostly inside, nothing has to change with your existing solar array. The changes take place at the input of your inverter.

There are two major ways to retrofit your existing solar panels with a battery backup – it’s all about Coupling (not to be confused with the BBC Comedy of the same name): AC Coupled and DC Coupled solar power systems.  AC Coupled is where you wire a battery based hybrid inverter to the output of the existing grid tie inverter, and DC Coupled is where you add a high voltage charge controller to the system and switch the output of the panels from the inverter to the charge controller when the power goes out. Both methods require adding a battery based inverter to the system, as well as deep cycle batteries.

Hunker Down with Us

There are pros and cons to each method, we discuss them in these videos of DC Coupling with Morningstar Corp. and AC Coupling.   We’ve also written about these options in previous blogs, take a look and see if adding battery backup to your grid tie solar system is right for you.  DC Coupling as a New Alternative to AC Coupling and AC Coupling – Adding a Battery Back-Up Power Package to Your Existing Solar Grid-tie System.

So for those of you in the storm’s path, stay safe, and perhaps spend some of the time you are hunkered down curled up with some research material about solar panels and deep cycle batteries, watch episodes of Coupling on DVD and dreams of bright sunlight soon to come.