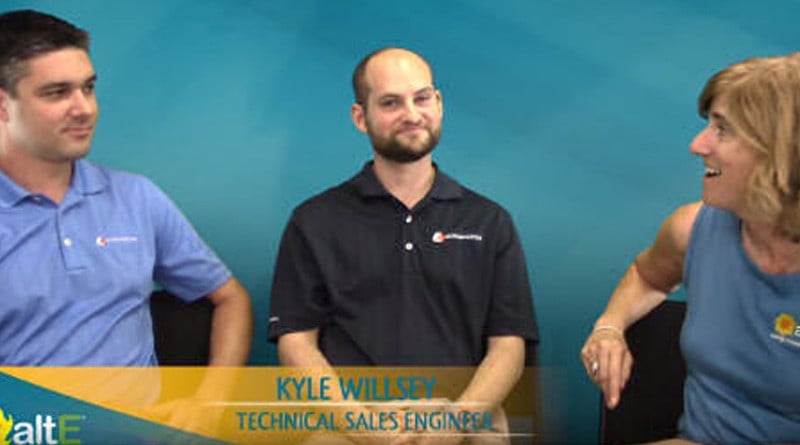 DC Coupling as a New Alternative to AC Coupling

Three years ago, we wrote a blog about adding deep cycle batteries to your existing grid tie solar system with AC Coupling.  It was the best way at the time to convert a grid tie solar system to a battery backup system, by back-feeding the solar power through a battery based inverter. Since it was installing the system in a way that the inverter wasn’t initially designed to be used, it did have some limitations, such as requiring the battery based inverter and the battery bank be big enough to handle the whole grid tie system. This can result in a bigger, and more expensive battery backup than you need or want. This issue can be addressed in micro inverter systems, where only some of the micro inverter are connected to the AC Coupling system. But until recently, there wasn’t an easy way for string inverters, where all of the solar panels are wired into the one central inverter, to have a small battery backup solution. But now there is, with DC Coupling. What Is DC Coupling? Diagram of a DC Coupled System for battery back of solar grid tied system. The Morningstar MPPT 600V solar charge controller is used in this example. Courtesy of Morningstar Solar

Just like with the AC Coupling systems, you need to add a battery based inverter/charger to the system to convert the power from the battery to the AC power to go to your Critical Loads Panel to power your fridge, lights, well, whatever you deemed critical. When the grid is up, the deep cycle batteries are charged and kept topped up with the AC Charging functionality of the inverter/charger, this is also the same as with AC Coupling.

With AC Coupling, if you have a 6,000W inverter backfeeding through an inverter/charger, you need to have an inverter/charger that is at least 7,500W, and a 48V battery bank that is around 1200Ah to keep the charge rate at under C-10 to maintain a healthy battery bank. If you have small backup needs, this can be too large of a system, and cost prohibitive.  With DC Coupling, with the same 6,000W grid tie solar system, you can choose to take only half of the panels, one string of 12 in series, and charge a 600Ah or smaller battery bank. The only restriction on the size of the battery bank and the inverter/charger is dictated by your critical loads. How much backup power do your loads need, not how much power does your solar system require you to have.

Choosing the Right Coupling System for Your Solar System

AC Coupling  is still your best solution for use with microinverters  and DC optimizer/string inverters like the SolarEdge system, as they don’t have 600V DC strings coming to the centralized inverter. But any grid tie solar system with string inverters that have up to 600VDC in series going into the inverter are a great candidate for adding the safety and comfort of a battery backup with DC Coupling.

For more info on both solutions, watch our videos on DC Coupling with Morningstar and AC Coupling. The altE Store has created some pre-designed AC and DC Coupled Solar System kits for you as a starting point or give us a call and we’ll help you design one.